Diet Considerations for a Healthy MIND 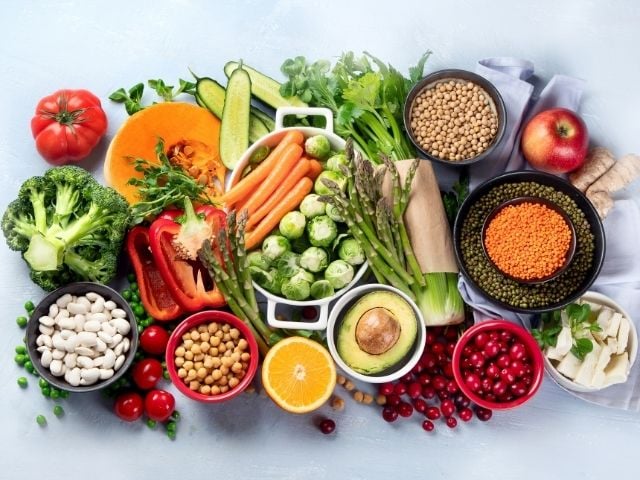 The 2022 annual report from the Alzheimer’s Association is grim. An estimated 6.5 million Americans age 65 and older are currently living with Alzheimer's.

“As the number of older Americans grows rapidly, so too will the number of new and existing cases of Alzheimer's. By 2050, the number of people age 65 and older with Alzheimer’s may grow to a projected 12.7 million, barring the development of medical breakthroughs to prevent, slow or cure Alzheimer’s disease,” according to the Association.

No surprise that older adults and their families are concerned about the disease and want to know what, if anything, they can do to prevent it.

“Though research is still evolving, evidence is strong that people can reduce their risk by making key lifestyle changes, including participating in regular activity and maintaining good heart health,” the Association explains.

Based on this research, the Alzheimer's Association came up with 10 ways “to love your brain.”

Let’s examine one preventive topic on this list - eating a healthy diet.

“Eat a healthy and balanced diet that is lower in fat and higher in vegetables and fruit to help reduce the risk of cognitive decline. Although research on diet and cognitive function is limited, certain diets, including Mediterranean and Mediterranean-DASH (Dietary Approaches to Stop Hypertension), may contribute to risk reduction,” .

Two registered dietitian nutritionists have put together a list of more than 100 foods that contain properties beneficial to healthy brain functioning, such as being anti-inflammatory and promoting cognitive function.

“While there is no one diet or food proven to prevent Alzheimer’s disease, there is evidence that diet may decrease the risk of developing Alzheimer’s,” write Sue Stillman Linja and Seanne Safaii-Waite, authors of “The Alzheimer’s Prevention Guide: A Quick Nutritional Reference to Foods That Nourish and Protect the Brain From Alzheimer's Disease.”

The 100-plus list includes many of the foods found in the Mediterranean and DASH diets, which have been recommended for lowering blood pressure and promoting a healthy heart.

The MIND diet (Mediterranean-DASH Intervention for Neurodegenerative Delay) was developed in 2015 following research that found combining Mediterranean and DASH Diets could lower the risk of Alzheimer’s.

The authors highlight 10 foods they say are “brain-health powerhouses.”

“While consuming a healthy diet is not a magic bullet to remove all risk of developing the disease or to reverse Alzheimer’s, it does show promise for those with no current signs or symptoms of cognitive loss,” the women write.

What Do Japanese and Seventh Day Adventists Have in Common?

Not only were people living longer in these places, but they were typically healthier, both physically and mentally, than their counterparts in other parts of the world.

A team of researchers identified nine common denominators among the five places.

As far as diet, researchers developed 10 food guidelines, based on the Blue Zones:

Back to the MIND Diet

The MIND diet was developed by Martha Clare Morris, a nutritional epidemiologist, following an aging research study of 923 older adults over nearly five years. Those participants who consumed the MIND diet had a 53% reduction in the rate of developing Alzheimer’s compared to those who followed a diet least like MIND.

The diet focuses on 15 food groups.

The five food groups to avoid are red meat, butter and margarine, cheese, pastries and sweets, and fried or fast food.

Ongoing research continues into the overall effectiveness of the MIND diet and other diets, along with specific foods, in preventing Alzheimer’s.

According to the National Institute on Aging, researchers are studying:

“While scientists aren’t sure yet why the Mediterranean diet might help the brain, its effect on improving cardiovascular health might in turn reduce dementia risk. Two recent studies suggest that, as part of this diet, eating fish may be the strongest factor influencing higher cognitive function and slower cognitive decline. In contrast, the typical Western diet increases cardiovascular disease risk, possibly contributing to faster brain aging,” the NIA explains.

Kendal at Oberlin is a nonprofit life plan community serving older adults in northeast Ohio. Located about one mile from Oberlin College and Conservatory and about 40 minutes from downtown Cleveland, Kendal offers a vibrant resident-led lifestyle with access to music, art and lifelong learning. Stay connected to our community!  Subscribe to the Kendal Connection.