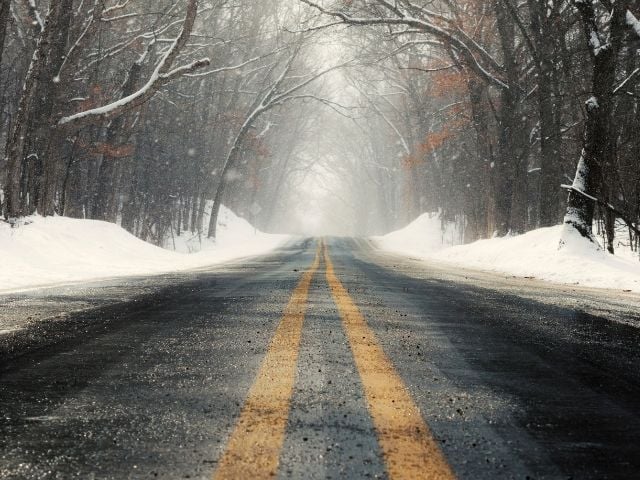 After the holiday season subsides, older adults with flexible schedules like to plan a winter getaway. Given the uncertainty of these times, though, planning a trip within a day’s drive might be the best approach. And good news, Ohioans have lots of choices.

Let’s start with state parks, many which offer cabins, lodges and camping (if winter camping is your thing.)

Exploring the Lake Erie coastline during cold months can be an adventure if you’re dressed for the weather. Instead of sunbathers and jet skiers, you’re likely to be able stroll in solitude alongside icy formations and winter birds.

Two Ohio parks ideal for getting a front lakeside front seat are Maumee Bay and Geneva-on-the-Lake, both which offer lodges, with restaurant and indoor pool, and cabins. Geneva also rents snowshoes and cross-country skis. And depending on your destination, Ohio has seven other park lodges scattered throughout the state.

What about our neighboring states?

Speaking of winter weather, if you’re looking for a snowy getaway head to Michigan.

“Sleep in a geodesic dome or spent a night in a rustic cottage, safari-style tent, tiny houses and more. Some lodging has, even, been "reimagined,” advertises Michigan’s Department of Natural Resources.

Along with skiing and snowshoeing, other winter activities include ice fishing, winter birding, snowmobiling and winter stargazing.

“Michigan is lucky to play host to both dark sky preserves and parks that offer stellar celestial landscapes. These locations are specially designated because they have qualities that complement nighttime viewing, such as the ability to limit the amount of artificial light. There are also plenty of excellent night-sky viewing opportunities across more than 15,000 square miles in Michigan's Upper Peninsula,” according to Michigan DNR. And if you’re lucky you might catch a glimpse of the Northern Lights.

You’re also likely to find snowy getaways in northern Pennsylvania. The state has several parks with cabins and lodges that include or are located near downhill and groomed cross-country skiing, ice skating and sledding,

Along with Cuyahoga Valley National Park, Ohioans can visit two other nearby national parks – Indiana Dunes in northeast Indiana along Lake Michigan and New River Gorge in West Virginia. The parks do not offer lodging facilities, but motels, cabins and B&Bs are available in surrounding towns.

We often forget that West Virginia is our neighbor. The state has 10 state parks with lodges, including Roanoke’s Stonewall Resort with a “rustic yet elegant Adirondack-style lodge,” lakeside cabins, restaurants and spa.

Nearby cities and towns to explore

For many of us, a winter getaway means exploring a city or town with a quaint downtown, museums and other attractions – indoors and out.

Your first step to joining the Kendal at Oberlin senior living community is to become a member of our Priority List. Learn about the many benefits of joining inside our free Priority List Guide.