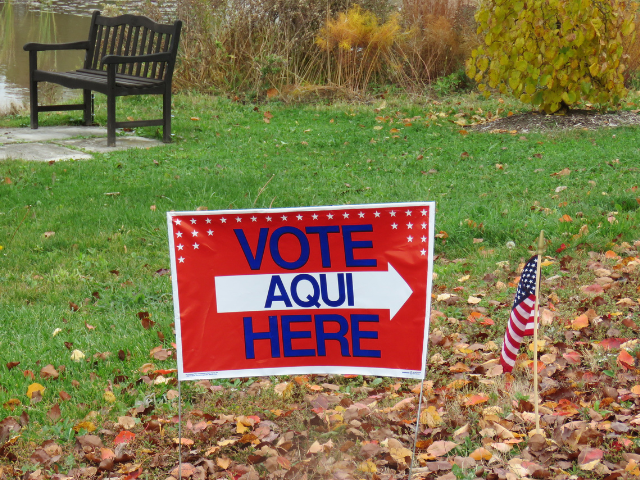 Your constitutional right to vote is really a two-part exercise: physically voting and informed voting.

The midterm election is Tuesday, Nov. 8. According to USA.gov, you can vote in U.S. federal, state, and local elections if you:

There are three ways you can vote: absentee, early in-person, (both currently underway in Ohio) and at the polls on Election Day, 6:30 a.m. to 7:30 p.m. (Click here to find out about valid ID requirements on Election Day.)

The Ohio Secretary of State’s website has lots of other helpful information. You can request an absentee ballot, find your polling place and view your sample ballot, which leads us to the second part – being informed about the candidates and issues.

How to Find Non-Partisan Information

Our mailboxes are being filled these days with election information from political parties, candidates and special interest groups, but VOTE411.org is a site with non-partisan information.

“Launched by the League of Women Voters Education Fund (LWVEF) in October of 2006, VOTE411.org is a "one-stop-shop" for election related information. It provides nonpartisan information to the public with both general and state-specific information,” according to the site.

Unfortunately political debates are scarce this election season, but thanks to YouTube and other streaming platforms you might be able to view one. One of the closest races underway in Ohio is between Democrat Tim Ryan and Republican J.D.Vance for the U.S. Senate seat currently held by retiring Senator Rob Portman. They met for two debates, one in Cleveland, the other in Youngstown.

Closer to home was the Oberlin Community Candidates Night (OCCN), which was held Sept. 20 and is available to view here.  Candidates who attended include both candidates for Lorain County Auditor and Lorain County Commissioner and many Democrats running for state and local races.

The 2022 Oberlin Community Candidates Night Planning Committee, which included Kendal residents Jan Larsen, Dennis and Judy Cook, Elizabeth Aldrich, and 2021 OCCN's co-chair Sandi McClennen, worked with a coalition of 15 local organizations to host the forum. Kendal has been a co-sponsor of the event since 2005 and residents have served each year on the planning committee.

According to Kendal resident Elizabeth Aldrich:

“This year was the first in its 30-year history that OCCN was held on the Oberlin College campus and planned in collaboration with a student group, Oberlin Students for Civic Engagement (OSCE).

OCCN 2022 co-chair Myranda Montoye is a young Michigan voting activist who came to Oberlin in 2020 after signing on to run track. Myranda was asked to serve as co-chair for 2022 after the committee heard that she and her student group were independently planning to organize  a candidates night, not knowing the event was already an annual Oberlin tradition.

It's been inspiring to work with this generation! First job I had with the local Oberlin league when I arrived in 2004 was registering incoming and returning OC students. It was still inspirational almost 20 years later to see the emphasis on registering voters on the OC campus. My OCCN refreshment table was next to the student voter registration table and I handed out some Kendal cookies to grateful registrants.”